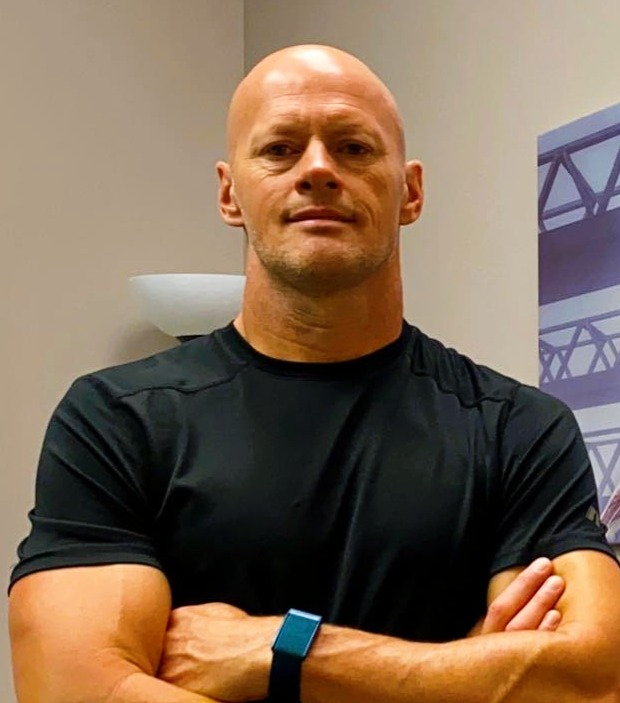 I was a four sport athlete growing up. I played baseball and football, but most of my success was in soccer and basketball. I was fortunate to be able to play on competitive traveling teams in both sports, which gave me the experience to thrive in stressful and difficult situations as a kid and young adult. I have always been able to pick up new sports quickly which has given me the foundation to be a well rounded athlete in the gym. I'm not necessarily the best at any one thing, but I like to believe that I am pretty good at most things, which I am perfectly happy with. I am competitive in nature, but have learned to channel that in a healthy way. My calm demeanor allows me to thrive in situations of controlled chaos, which I take pride in. Not much rattles me, which is helpful in not only daily life, but also in coaching others.

As a kid, my family moved a lot. I never really had those "friends from back in school". Luckily, I played sports, so I was able to meet and befriend new people quickly, just in time to move again. I have always been quiet, and kept to myself for the most part. I didn't want to workout with others. I just wanted to do my own thing. I At least that's what I thought. That is were CrossFit comes in to the picture. After my wife joined CrossFit in the fall of 2018, I told her I wasn't interested. I already do CrossFit on my own. She finally convinced me to try it out as my daughter was a member by then as well. I tried it out, but was a little nervous. I had to talk to people and workout with them. Well, they were the most welcoming group of people I have ever met and it only took one class to have me hooked. Yes I could workout on my own, but the community was something I was missing. I found that friends group that I never had growing up. I have been obsessed ever since. I discovered that CrossFit was different than any other gym where I had been member. It's more that just a workout, it's a lifestyle. One that I am glad I am a part of!

I have been a coach and personal trainer, as well as coaching youth soccer and basketball. Regardless of the sport or age of the athlete, what remains the same is the feeling of excitement and accomplishment athletes feel when they accomplish a goal they have been working towards. Whether it's getting their first pull-up or running a mile without stopping, I put everything I can into helping them achieve that goal. I get so much satisfaction in their achievement because I know how much hard work it takes and the level of commitment that goes into certain goals. It makes me so happy when it pays off for them. Their goal becomes my goal and I love it!